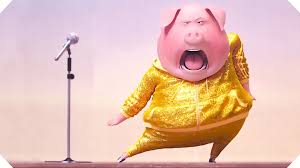 I am at a loss for the tragedy in Las Vegas. My thoughts and prayers go out to everyone involved.

This week I will continue the blog post talking about one of the newest updates to the Carnival Breeze.

Carnival has partnered with Spike TV to bring Lip Sync Battle on board the ship. Unlike karaoke, contestants don’t sing but rather pretend to.  I have watched several episodes of the show and they crack me up.  Having people dress up and perform while lip syncing to popular songs is always a good time.

This is a passenger participation show.  On the 1st sea day auditions are held on the Lido.  People that wish to show off their moves and win a coveted spot in the Lip Sync Battle. One guy and one girl are selected to “battle it out” during the week of the cruise.  The first battle is held mid week.  I have read that it is located in the Atrium.  During this first round each contestant performs a song and gives other passengers a taste of what the final battle will look like.

The final battle is held in the Ovation Theater later in the week.  This is a full on production.  Lighting, props, and even help from the Carnival Playlist crew members.   When the two contestants have performed a winner is selected and receives a championship belt and prize.

This sounds like a lot of fun and I cannot wait to watch it all.  I will not be participating in Lip Sync Battle because I feel like my moves are just too much for one ship to handle.